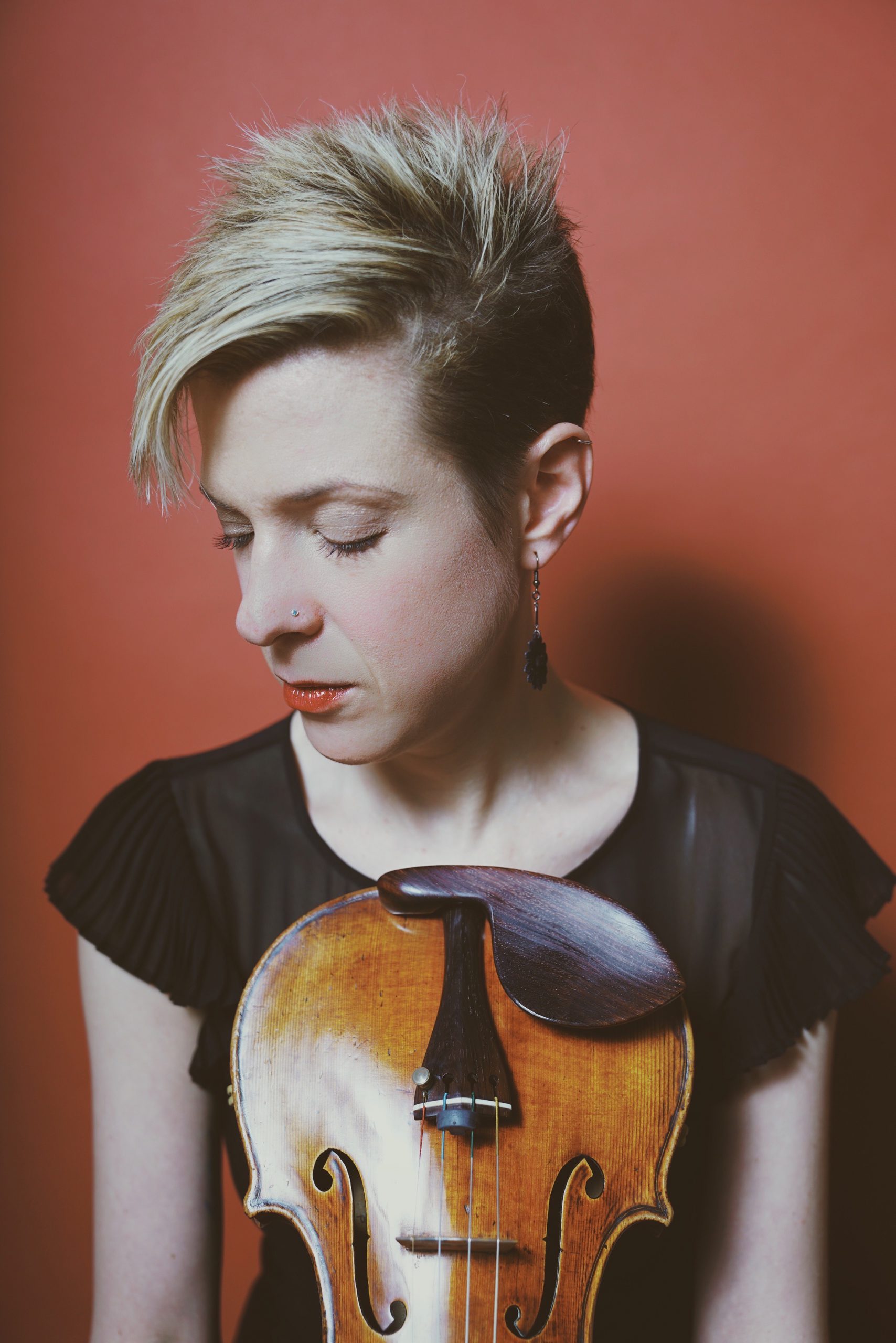 Grammy® Nominee Sara Caswell “is a brilliant world-class violinist...one of the very best of the present generation of emerging young jazz stars” according to the late David Baker, internationally-renowned jazz educator and Director of the Smithsonian Jazz Masterworks Orchestra. Rooted in an early exposure to a variety of musical genres, Sara’s technical facility intertwined with her gift for lyricism continue to attract growing attention to her artistry as a jazz soloist, sideman, and teacher.

Voted into the DownBeat Magazine Critics and Readers Polls every year since 2013, Sara has released two highly-acclaimed albums under her own name - First Song and But Beautiful – and is slated to release her third in early 2023. She has been part of groups led by Esperanza Spalding (Chamber Music Society), Linda Oh (Aventurine), and David Krakauer (The Big Picture), and has performed and/or recorded with artists and ensembles including the WDR Big Band, Brad Mehldau, Brian Blade, John Patitucci, Donny McCaslin, Henry Threadgill, Dave Stryker, Helen Sung, Miho Hazama, Christian Sands, Regina Carter, Kishi Bashi, and Bruce Springsteen. She is a member of Joseph Brent's 9 Horses trio, Chuck Owen's The Jazz Surge, and the Caswell Sisters Quintet (a group she co-leads with her sister, vocalist Rachel Caswell). In 2013, Sara and Rachel joined forces with Grammy®-nominated jazz pianist Fred Hersch and recorded the album Alive in the Singing Air to rave reviews and its selection by jazz critic Thomas Cunniffe as one of the year's “Best Vocal CDs” on Jazz History Online. Sara has performed at Carnegie Hall, Village Vanguard, Birdland, Jazz at Lincoln Center, SFJazz, Disney Hall, Barbican, and Blue Note (NYC and Tokyo), and at jazz festivals including Newport, Montreal, Montreux, North Sea, Banlieues Bleues, and Saratoga Springs, among others.

Currently on faculty at the Berklee College of Music, Manhattan School of Music, The New School, and New York University, Sara’s formidable teaching experience also includes the Mark O’Connor String Camps, the Jamey Aebersold Summer Jazz Workshops, the Indiana University String Academy, and a private studio. She has given numerous jazz string improvisation workshops and master classes and is involved with the Jazz Education Network and the American String Teachers Association.

As an award-winning classical violinist, Sara has soloed with several orchestras, given numerous recitals, and performed as a chamber musician in a variety of settings. She was raised in a musical family and began violin at age 5, moving through the first five Suzuki volumes in just nine months. Subsequent years of private lessons at Indiana University led to her involvement in the classical competition circuit where she won numerous awards and 1st-place prizes. “Sara has always shown a remarkable understanding of different musical styles and an uncommon power of communication. These qualities are the making of this young artist an outstanding one,” spoken by the late violin maestro Franco Gulli.

A graduate of Indiana University which she attended under full scholarship as a Wells Scholar, Sara received B.M. Degrees with High Distinction and an Artist Diploma in both Violin Performance and Jazz Studies. In 2006 Sara completed her M.M. Degree in Jazz Violin at the Manhattan School of Music. In addition to several years of study with the legendary Josef Gingold (classical), Stanley Ritchie (baroque), and David Baker (jazz), Sara worked with many of today’s top jazz artists at the Thelonious Monk Institute of Jazz Summer Residency Program and at the Steans Institute for Young Artists at the Ravinia Jazz Festival.

Sara’s artistry and unique sound led international recording artist/violinist Mark O’Connor to write: “Most good violinists will never experience what Sara creates with her instrument. It is beautifully refined emotion that lifts the spirit…Jazz violin needs a universal ambassador...a player who can pick up where the last generation left off. Sara is well on her way to extending that tradition to touch new audiences.”